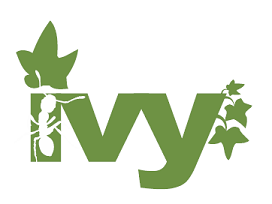 Like most of us often hear, “its another framework or dependency management tool”. But what exactly differentiates Ivy from Maven?

Ivy is much easier to use. The library is simpler since it doesn’t do so much. It only focuses on dependency management and use the already famous and powerful ant to build the application. In short, ant and ivy is used side by side.

Why I Choose Ivy?

The main thing I like about Ivy is its simplicity. You can use Ivy with only ant installed on your system (and of course, java). This means that you don’t need to download any Ivy related libraries or when using eclipse, no plug-in is needed. You can run everything using ant, from installing the ivy library to downloading the dependencies.

Ivy is a dependency management tool that can use other repository such as maven repository.

Before continuing, I’ll assume that you are using ant version 1.7. You can choose to run the ant script in either console or from inside eclipse (It depends on your preference).

Here is a build.xml file that contains several targets that will be used in this post:

Invoke “ant install-ivy” and the ivy jars will be downloaded. A new folder named “ivy” will be created with the ivy.jar in it.

By default ivy uses maven 2 repository but you can certainly define other repository (It will be covered on later post).

The build.xml above contains a target named “resolve”. Running the target will cause the Ivy to download defined dependencies on ivy.xml (ivy.xml is needed since all the dependencies are defined on that file). Here is an example of ivy.xml:

The code above downloads the log4j and its dependencies from the defined repository (in our case, maven repo). I chose to use log4j because in the next section, I’ll be demonstrating to compile a simple java class that uses a Ivy managed library. Invoke “ant resolve” now and you will see a message saying that the library is being downloaded.

The sample java file won’t really print the message being logged. The purpose of this example is to test compiling the application with the Ivy libraries being referenced. The idea is to simply add the “lib” dir to the classpath on compilation.

Try invoking “ant run” and the application will be compiled and executed. Note that invoking the “ant clean-libs” and removing the “resolve” dependency on run target will cause the compilation to throw some error.

This site uses Akismet to reduce spam. Learn how your comment data is processed.